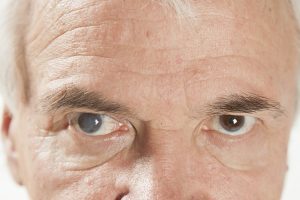 Important Facts About Cataracts From Your Manchester Optometrist

A cataract is a cloud of the lens in the eye that normally affects vision. Under the normal circumstances, most cataracts are associated with aging. This implies that this condition is prevalent among the older people. Statistics reveal that by the age of eighty, at least half of the US population have cataracts or have encountered a cataract surgery. This problem can either develop in one eye or both eyes. Below is the list of facts you should know about cataracts. We are currently the best source in case you are looking for a reliable optometrist in Manchester, CT.

The World Health Organizations revealed a statistics that at least 51% of blindness in the world is caused by cataracts. Though it mainly occurs among the aged population, this is a cause for alarm. In simple terms, at least 53.8 million of the world population suffers from blindness and that this condition resulted from cataracts.

You are supposed to be informed that cataract is just a general name; there are three different types of cataracts. They include cortial, nuclear sclerotic, and subcapsular. These names can be used to define the positions of cataracts and areas that they affect in the eye of the victim.
Diabetes can Escalate the Risk of Cataracts

According to specialists, people who have diabetes are more likely to have cataracts at a younger age. In most instances, such people suffer from cortical cataracts. Reference to Cataracts and its Treatment Dates back to 200 Years. It was in 29 AD when the first condition of cataracts was identified and its treatment attempted. This is in reference to the writings of the Roman Encyclopaedist Aulus Cornelius Celsus. There is also some archaeological evidence which supports that there have been some eye surgery procedures during the Roman times.

You No Longer Have to Wait for Cataract Surgery

Thanks to the modern technology in healthcare, today, cataracts can remove at any point in their formation. It would be unfair to wait until their effects are severe to go for an eye surgery which is quite expensive altogether. You got to contact your optometrist early enough before the condition advances.

If you suspect that there are cataracts developing in your eyes, we are here for you. Our doctors have enough expertise in optometry and can provide you with the best, yet affordable eye care in Manchester, CT. Call 860-612-8681 today.

Font Resize
Contrast
Accessibility by WAH
Call Us Text Us